In this newsletter: Roundup lawsuits in the USA and the rest of the world, glyphosate in the EU, an invitation to submit your ideas and proposals, Monsanto's policy of trolling and nice reading suggestions.

Three years ago, October 14-16th 2016, hundreds of people from five continents came to The Hague (NL) for the hearings of the Monsanto Tribunal and the parallel People’s Assembly. The impressive testimonies convinced the five judges in the Tribunal to present a very clear Advisory Opinion in April 2017, also in The Hague. Ever since, we have been involved in spreading this opinion in legal circles all over the world. And of course, stimulating court cases and investigating possibilities to expose the harm done to people and planet by Bayer – Monsanto.

Over 10,000 people in the USA suffering from Non-Hodgkin Lymphoma have sued the company, because their illness is related to glyphosate exposure. The first three verdicts in favor of Dewayne ‘Lee’ Johnson, Edwin Hardeman and the Pilliod couple sent shockwaves through the shareholder market and Bayer – Monsanto lost half of its stock value, some 50 billion dollars. The fourth trial was expected in October, in Monsanto’s hometown St Louis, but is now delayed until early 2020.

In the course of these lawsuits, a treasure trove of emails and internal documents was made public. You can access all the ‘Monsanto Papers’ listed in this 179-page chart, and organized by categories such as ‘Discrediting Seralini’, ‘Freedom to operate’, ‘Discrediting IARC’…

These documents and the outcome of the trials remind us of the Monsanto Tribunal’s Advisory Opinion: ‘There is […] a clear difference between taking policy positions where legitimate uncertainties are addressed in a scientific debate, on the one hand, and taking direct measures to silence or discredit scientists where their findings are not convenient to a particular business model, on the other. The latter situation crosses the boundary of what can be considered to be a legitimate public debate; it involves conduct that frustrates the scientific project and that is intended to undermine and silence scientists.’

To follow the USA Roundup lawsuits, make sure to regularly visit the US Right to Know's website.

In Sri Lanka 400,000 people were diagnosed from chronic kidney disease, out of which some 25,000 have died. The disease is related to heavy metals in drinking water in combination with glyphosate use. A group of farmer organizations, researchers, patients and the families of deceased farmers are set to take Bayer – Monsanto and other glyphosate herbicide manufacturers to the Supreme Court of Sri Lanka.

In addition, the first French civil court case on glyphosate was started by Sabine Grataloup, who testified in the Tribunal. She attributes her son Theo's serious health problems to his exposure in utero to the product and asks that the responsibility of the manufacturer be recognized. Last but not least, the first Australian glyphosate court case against Monsanto was launched last summer.

Invitation to Come Up With Ideas or Proposals

There are many victims who could sue Bayer – Monsanto if they had the means and access to lawyers. We have been looking into new opportunities to help victims to find justice. One promising idea is to start courtcases for victims in Germany, Bayer's home country. There are great possibilities to hold Bayer – Monsanto accountable but they all require concentrated effort and we're only a group of dedicated volunteers. So we invite you as a reader of this message to come up with ideas and proposals and share them with us. Alternatively you could support us with a donation to continue our work and cover expenses, spread the news, explore ideas and to keep all testimonies and video material online on our Vimeo channel in six languages. Remember, our work is done by dedicated volunteers who receive no payment at all. 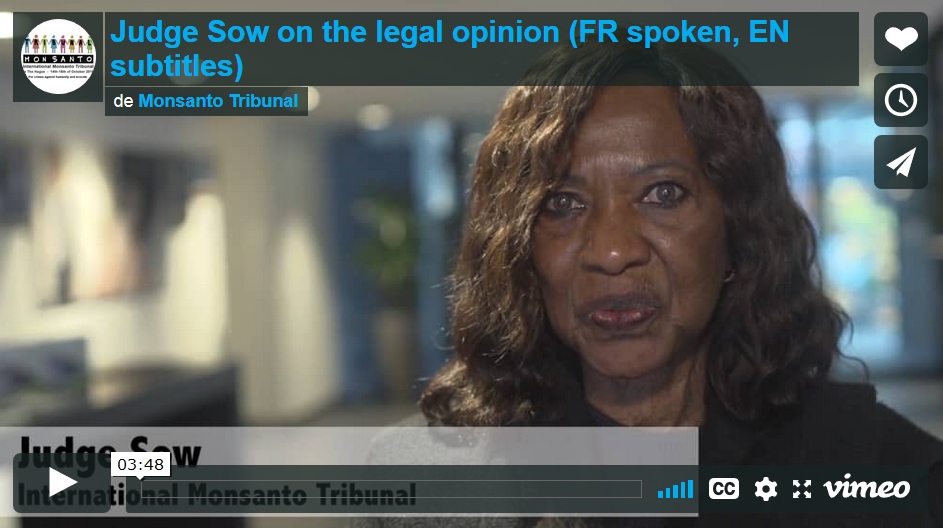 Glyphosate Banned in the EU?

After a heated debate, the EU decided to allow the use of glyphosate for another 5 years, until the end of 2022. This decision led to additional protests. In July this year the Austrian parliament decided to ban the herbicide completely. The German government wants to ban the product in 2024, starting with substantial reduction of use in 2020. Belgium has already banned sale to private persons and in the Netherlands it is no longer allowed to use the poison in public spaces. In France, the government has pledged an 80% reduction by 2021. Not enough, argue 20 mayors who decided on a pesticide ban in their community, defying state laws.

In the meantime, four EU countries are preparing the procedure for a possible renewal of the toxic permit after 2022. This process is closely followed by civil society groups, since in the earlier procedures the German BfR showed very close ties to industry and copy pasted Monsanto texts into their conclusion. Bayer has already threatened the EU with a lawsuit if the permit is not extended in 2023. Not so different from Monsanto after all.

EU Court: Roundup Formulations Must Be Tested on Long-term Effects

The EU Court of Justice concluded in a ruling on October 1, 2019,  that pesticide formulations as sold and used must be tested for long-term toxicity and carcinogenicity. So far only one of the active ingredients – glyphosate – is tested on long-term effects. Surprisingly enough, not the toxic cocktail Roundup. This ruling will change a lot, not only for Roundup use but for pesticide formulations in general. 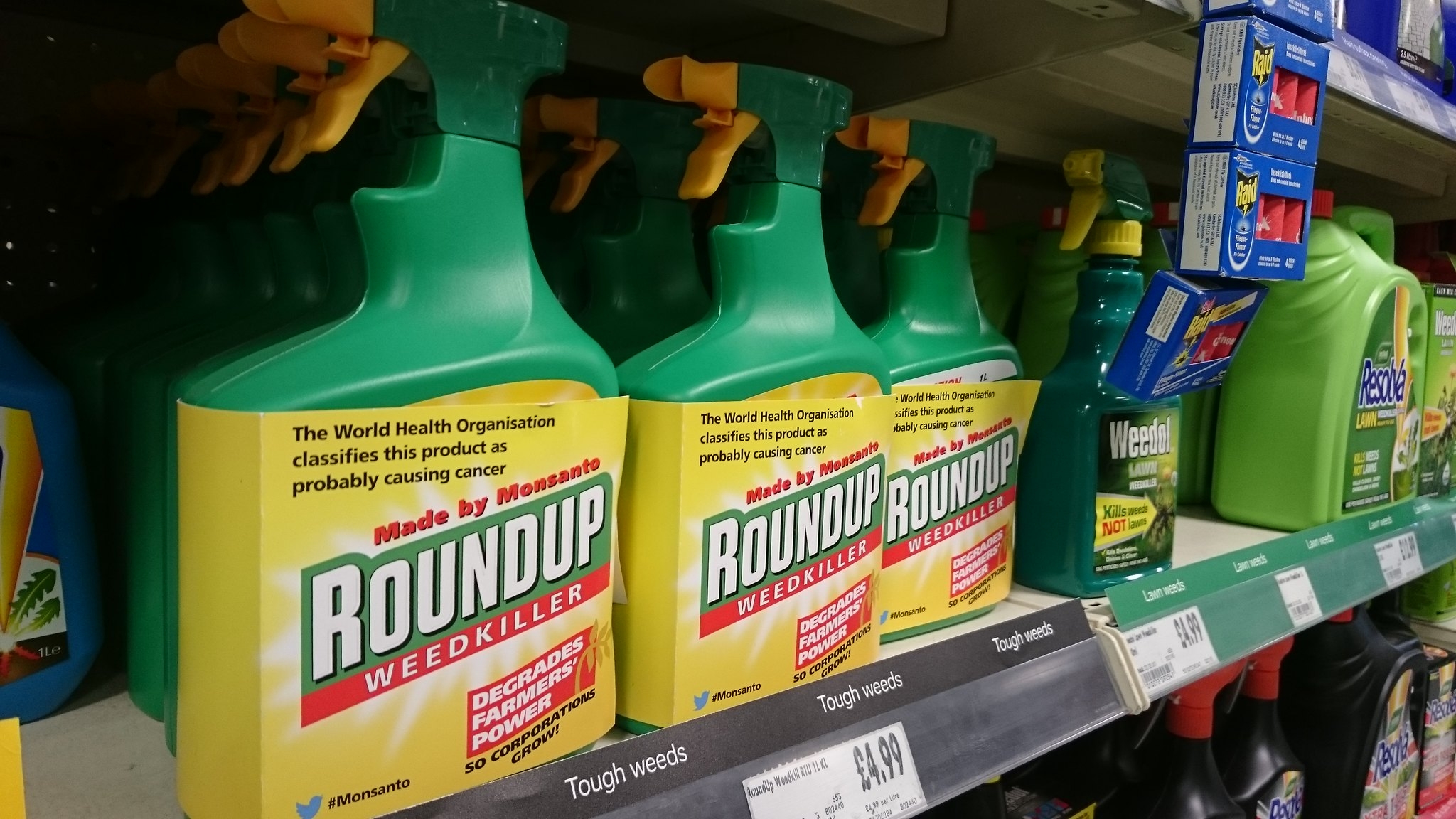 This great conclusion is the result of an action of concerned French citizens against Roundup sale. The European Court of Justice's new ruling came in response to questions raised by the Criminal Court of Foix. Indeed, French environmentalists say they had a duty to damage containers of Roundup because of the insufficient warnings about the effects of the herbicide. Invoking the doctrine of necessity, the defendants contend they aimed to protect public health; they had a duty to alert the shops whose Roundup products they damaged, as well as their customers. The court in Foix thus invited Europe’s top court to weigh in on whether ‘EU legislation is capable of fully ensuring the protection of the human population.’

The ‘Monsanto Papers’ confirm what all journalists, scientists and NGOs working around Monsanto already knew: the company works hard to keep its opponents under surveillance and to take up as much space as possible on social media.

First, Monsanto closely monitored activists and journalists through its own ‘intelligence fusion center’, ‘a term that the FBI and other law enforcement agencies use for operations focused on surveillance and terrorism’, according to The Guardian. Then, Monsanto deployed an army of trolls to discredit and mock opponents through third parties. Shortly after the release of Carey Gillam’s book Whitewash, negative reviews appeared on Amazon, repeating the same talking points; this was orchestrated by Monsanto, as its ‘Carey Gillam Book spreadsheet’ shows.

Singer and songwriter Neil Young was also considered as a threat to Monsanto, and we know that members of the Monsanto Tribunal organizing committee were monitored by the company.

Who Will Feed Us?

That’s a very good question! The NGO ETC Group has tried to answer it. In its daily work, this civil society think tank monitors the impact of emerging technologies and corporate strategies on biodiversity, agriculture and human rights.

The booklet and accompanying videos ‘Who will feed us?’ compares the characteristics and impacts of the Peasant Food Web and the Industrial Food Chain. One of the key messages? ‘The Peasant Food Web nurtures 9–100 times the biodiversity used by the Chain, across plants, livestock, fish and forests. Peasants have the knowledge, innovative energy and networks needed to respond to climate change; they have the operational scope and scale; and they are closest to the hungry and malnourished.’ 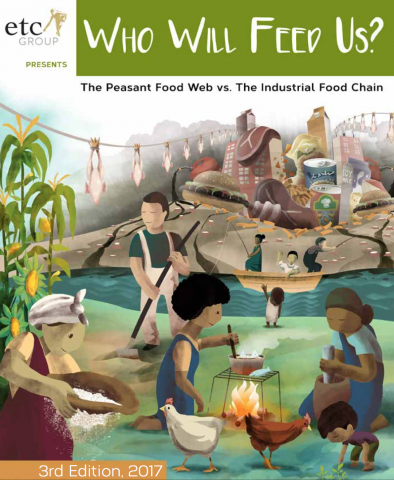 In addition, the report ‘Blocking the chain’ assesses digital developments in the food and agricultural sector. It analyzes in the details the possible consequences of the Bayer – Monsanto merger.

We invite you to go deeper and discover ETC group's publications on their website.

Dicamba is a weedkiller meant to solve the problem of Roundup-resistant weeds. Monsanto has invested over 1 billion dollars in new GM plants resistant to dicamba. Since the introduction of these plants in the USA, millions of acres of damage to other plants have been recorded. This is due to the volatility of the weedkiller, a reason for some states to ban dicamba use in the hottest months. Plants exposed to the chemical are left wrinkled, cupped or stunted in growth. No figures have been produced for 2019 so far – the states stopped publicizing them! – but local reports show that the problem is far from over.

The Monsanto Tribunal took place thanks to your generosity. Now, we want to make sure all resources such as the Advisory Opinion, the Tribunal hearings videos and Marie-Monique Robin’s free educational documentary remain available online in five languages. Please help us cover these technical costs by making a donation by PayPal, bank transfer or credit card. Thank you!