On April 18th, the Monsanto Tribunal judges will publicly present their conclusions and legal recommendations in The Hague. We will livestream the event in English, French, German and Spanish. It will take place in the afternoon (Central EU time). In this newsletter also get to know about: letter to EU antitrust commission, hostilities against Tribunal witness and GMO's new research.

On 16 and 17 October 2016, more than 30 witnesses and experts from all over the world gathered in The Hague for the Monsanto Tribunal. They presented their testimonies and analyses on the effects of Monsanto’s business practices to a panel of 5 judges from different continents.

The combined material of the witnesses and experts on the damage caused by Monsanto was so extensive that the judges have dedicated the eighteen weeks that elapsed since the civil society tribunal to carefully consider and evaluate it all. On April 18th, the Monsanto Tribunal judges will publicly present their conclusions and legal recommendations in The Hague. 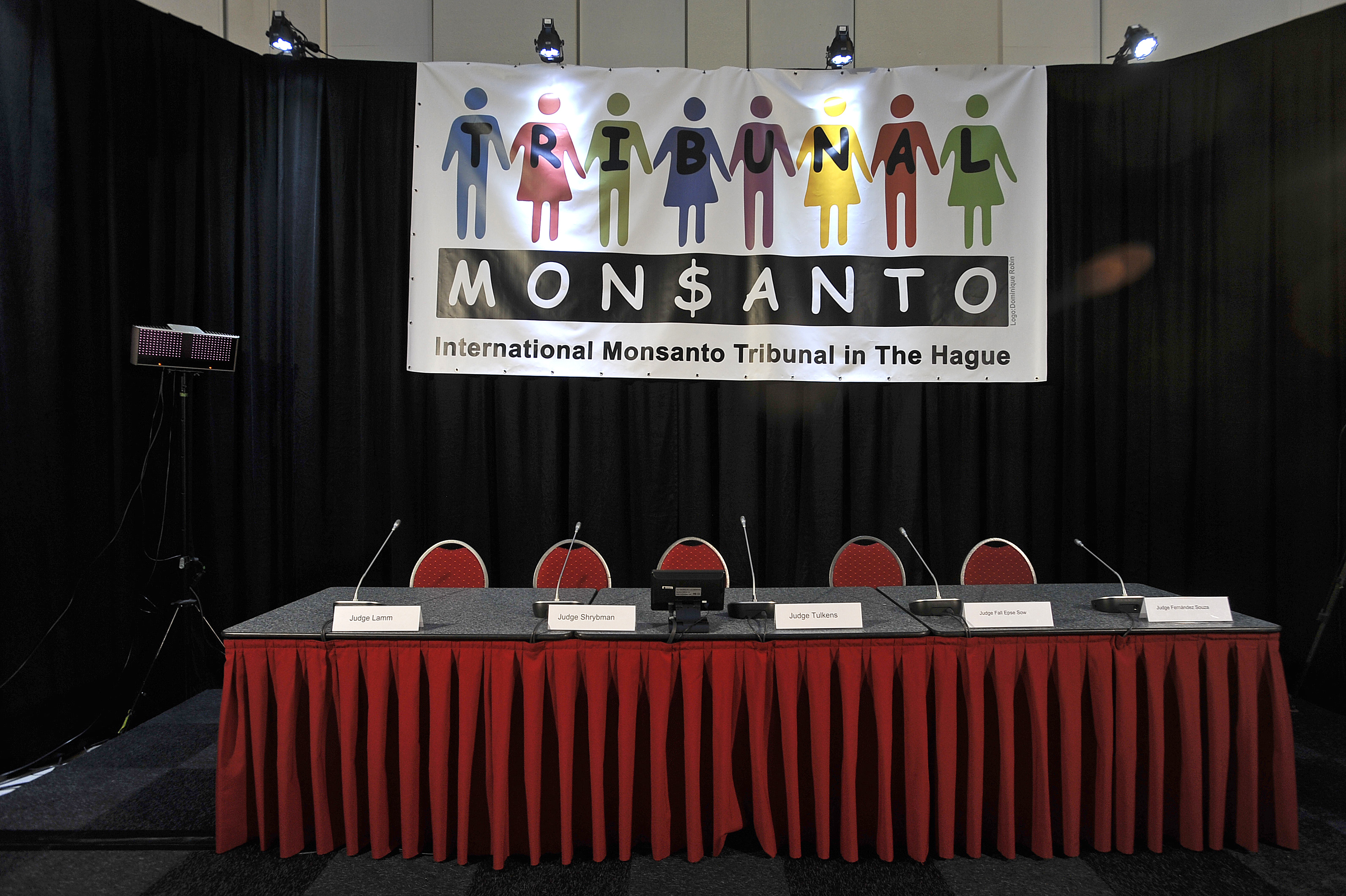 We will livestream the event in English, French, German and Spanish. It will take place in the afternoon (Central EU time), which will be morning in the Americas and evening in Asia. (Nighttime in Australia, sorry for that).

We look forward to a very thorough and important legal opinion. Remember the words of Judge Tulkens, former Vice-President of the European Court of Human Rights and Chair of the Monsanto Tribunal, in October: “[The legal opinion] will be addressed to Monsanto and to the United Nations. From this legal opinion, other jurisdictions can be involved and more judges will step in. We, as the judges [at the Monsanto Tribunal] have seen, heard, noted and deliberated. Chances are that the international law will take into consideration new issues such as the ones related to ecocide.”

As you will be aware of, Bayer and Monsanto want to merge into an even bigger agro-chemical and seed giant. Throughout the world there is a lot of protest to this concentration of power, from farmers’ organisations, NGOs and concerned citizens. To get the green light for the merger, the antitrust authorities in some 30 countries have to approve it. The request to the EU is expected to be filed by Bayer sometime this month. 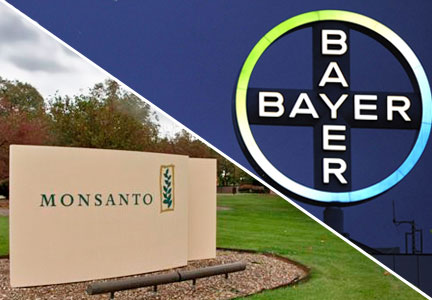 This letter by the organisers of the Monsanto Tribunal asks the antitrust committee to take the findings of the international judges' council into account in their decision-making processes.

“The implication of the judge’s opinion could be that new liability cases will be filed against Monsanto in regular courts. However, we have seen in the past that companies use mergers to evade their legal responsibilities. The Bhopal case in India stands out as a particularly troubling example. Till this day the Dow Chemical Company does not accept full responsibility for the disaster, which took place in 1984, although it merged in 2001 with Union Carbide Corporation, responsible for the deadly gas leak in Bhopal. We urge you to make sure that in case of a possible merger Bayer will take full responsibility for all acts and consequences of products, production methods and pollution caused by Monsanto and its products on health and environment, in existing and upcoming liability cases.”

One of the witnesses in the Monsanto Tribunal – the Argentinian researcher Doctor Damian Verzeñassi has been harrassed by the Dean of the University of Rosario. Directly after the hearings of the Tribunal. His office was closed with chains and two members of the team were fired. The issue raised a lot of reaction both in Argentina and international. As a result the hostilities were stopped and the office was reopened. The doctor and his team do very important research on the effect of pesticides on public health. You can find his testimony in the Tribunal here. His reaction when the problems were over: "Thanks a lot for your support. The solidarity we have received has been very important for us."

In January this year two ground-breaking studies were published on risks of GMOs and glyphosate. The first found that a genetically modified corn, NK 603, is not substantially equivalent to a non-GMO counterpart, which is contrary to claims of GMO proponents. This is very important, because the assumption that there is no substantial difference between GMO and other crops is the fundament of the (lack off) GMO regulation in the US.

The second study found that glyphosate, the main ingredient in Monsanto’s Roundup herbicide, can cause a serious liver disease at doses thousands of times lower than that allowed by law. Dr. Michael Antoniou, Head of the Gene Expression and Therapy Group at King’s College London in the United Kingdom, led the ground-breaking research. He is also a co-author of GMO Myths and Truths, an evidence-based examination of the claims made for the safety of genetically modified crops and foods. This can be found on the website of GMWatch and is also available as a very interesting book.

Thank you very much for your support, you helped us raise the necessary funds to organize the Monsanto Tribunal. Now we need your help to spread the results as wide as possible and to help victims of Monsanto in their cases. Every donation, small or big, is very welcome.